A short story in three parts.

“It is the best time for a ghost story,” said Nick. “Or at least, that’s what the living would say.”

“Yes, but they never get anything right.” Belinda grumbled. She wound a strand of curly blonde hair around her finger, and crossed and uncrossed her ankles impatiently, as though she couldn’t sit still. “It’s so overly dramatic, with the stroke of midnight and the screeching of the owls and the thunder and all that.”

“It is a good backdrop though, I must admit,” said June, who was always concerned about keeping the peace, even if it was to clear the name of persons who weren’t even there to be offended in the first place. “I think it adds a nice touch. And besides, it’s tradition.”

Belinda rolled her brown eyes. “Next you’ll want us to be encircling one another in circles of salt just for the atmosphere.” She took her irritation out on the curl, tugging on it peevishly. It sprung back up where it had originated from, bringing to mind a silver slinky Nick had gotten for Christmas in 1943.

“Now, now,” he interjected, sorry that he ever brought it up. “Let’s just settle down and enjoy our night. I have a wonderful story in mind, and this time it’s about Mrs. Lemon.” Nick turned to the woman mentioned and beamed.

Mrs. Lemon blanched just a little and frowned. Then, as if settling on an emotion, she smiled weakly. “Oh, must it be about me? I’m so dreadfully boring.” Her voice was somewhat shaky and timid, though it was always that way, so whether or not the topic of conversation made her nervous would be difficult to determine.

“She really is,” Belinda agreed. She wound the curl up on top her head and tucked it in with a pin. “Oh, I’m sorry, that was rude.” She leaned over and patted Mrs. Lemon like an impatient young boy would pat a Cocker Spaniel: a bit too hard and sudden.  “It’s just I don’t think Mrs. Lemon wants a story about her. You should do me again.”

“We’ve all heard that one a dozen times,” said June, somewhat sharply. Usually June was as polite as could be – especially for a working ghost – but Belinda’s immature personality always got on her nerves. June was very fond of Mrs. Lemon and thus she was fond of Mrs. Lemon’s feelings.

“Yes,” Belinda countered, “but he hasn’t gotten it quite right yet, and you know he’ll change the ending again. He might get it quite correct this time and you’ll finally know my story.” Her voice got higher and more sing-song at the end, as if to imply there was so much to be discovered if only the group would act upon her advice and suggestions.

“Or you could just tell us yourself,” Nick suggested, though he didn’t mean it. If everyone went around telling their own stories, he’d have to find another hobby. He considered himself a detective of sorts: solving the ghost’s deaths and titillating his listeners all at once. Most of the phantoms remembered the nature of their demise, naturally, but once in a while it wasn’t uncommon for one – especially one who was new to death – to have a completely wiped out memory of the occurrence. Those were the best. He would lie awake and dream up all sorts of interesting endings for them.

“I’ll never tell,” Belinda said, dramatically. She reclined back on the old chaise and flung her arm across her face. No one knew if she herself knew the circumstances of her own fatality and just enjoyed the mystique (Belinda had, after all, been an actress in life, though not a very good or successful one) or if she was one of those other types: dead for no good reason that could be ascertained. “You simply must guess.”

“Not tonight,” said June, firmly. “Don’t you think we’d all like to hear Mrs. Lemon’s story, Bruce?” She turned in expectation to the large handyman beside her.

Bruce was a quiet sort, especially with his conversation. He was a large man, with beefy hands and huge feet, and he had died of a punctured lung after falling off a roof many years back. He and June had actually known one another as living beings, a fact she felt was quite romantic though she had never told anyone, least of all her secret (and oblivious) paramour. June herself had passed away of pneumonia, in her own bed, with only her seven cats to notice for several days. She had been a ghost now longer than she’d been alive, and she’d wager to say – if anyone ever bothered to ask – that her life after her life, so to speak, was a bit more interesting than the one before.

“Fine,” Belinda replied crossly, not giving Bruce the chance to reply, though he probably wouldn’t have anyway, “let’s hear it then, though I don’t expect it will be the scariest of stories.” She glanced over at Mrs. Lemon who was the very picture of someone you’d find advertising a nice cake mix, or selling Avon door to door. She had Tupperware Lady written all over her. Her soft, white face looked as though it had been molded out of sugar cookie dough, and she left a lingering scent of butter wherever she went. She was a bit pudgy, especially around the ankles. There wasn’t anything scary about her really, though in her defense, she was fairly good at humming old tunes in a whispery breath that could raise the hairs on your arms. At least, if you were easily spooked anyway.

Nick settled back in the old, faded chintz armchair he always sat in to tell a good yarn (that was also tradition at this point), and began.

“Really?” muttered Belinda, but she managed to not roll her eyes.

“She’s out wandering the moors again,” Mrs. Lemon said, thankful for another interruption of her life story.

“They aren’t moors!” Belinda did roll her eyes this time. “For goodness sake, it’s a pasture! With cows! And if she comes home with cow patties all over the bottom of her dress again, she’s sleeping in your room, June. I’m quite serious. I don’t believe I should be bedding with bovine.”

“I’m glad you’ve drawn the line somewhere,” June muttered, but no one heard her.

“Let’s get on with it,” said Bruce, gently. He liked an earlier bedtime than most of their group and he was concerned that this story was never going to wrap up if it never started.

“Yes, let’s,” retorted Belinda, feeling cross. “Let’s get it over with.”

“Once upon a time there lived a woman named Josephine Lemon.”

All the ghosts started at that. They hadn’t known Mrs. Lemon’s first name, in fact they had never thought to ask. She’d simply introduced herself as Mrs. Lemon when she had first appeared and that was that. Mrs. Lemon – Josephine – stared staunchly ahead and if Nick had guessed her name correctly, she gave no sign of it.

“She had had a very uneventful childhood, as childhoods go; the daughter of a sailor and a cook. She was a shy girl who would have liked to be called Joey or Josie because it seemed more playful and interesting and popular sounding, but she was always Josephine. Maybe Jo if she was lucky and right on the verge of making a friend, but it didn’t seem to stick, and the friend wouldn’t stay a friend for long and she’d go back to being Josephine. She got good marks in school, and just when she was on the precipice of being too old to marry and too young to be a spinster, she married a man called Charles. Charles would have liked to have been called Charlie or Chuck or better yet, Chaz, but he was doomed to be a Charles forever. They had an uneventful marriage, with very uneventful offspring.”

This seemed a rather rude thing to say, whether or not it was true, and June frowned at Nick and made a sawing motion with her hand across her neck as if to say, that’s quite enough of that, please mind your manners. Nick pretended not to notice and went on.

“It wasn’t that they were an unhappy family necessarily, it’s just that nothing interesting ever happened to them and they fell into a pattern of lukewarm TV dinners with soft, gray peas, and instant mashed potatoes, and thin Salisbury steak with revolting gravy –though they didn’t realize how revolting it was since they’d never known gravy to be delicious anyway –and game show marathons. The kids grew up as kids are want to do, and one morning Josephine realized she was very nearly bored to death.

Bored to death, she thought, and it gave her a strange and wonderful idea. 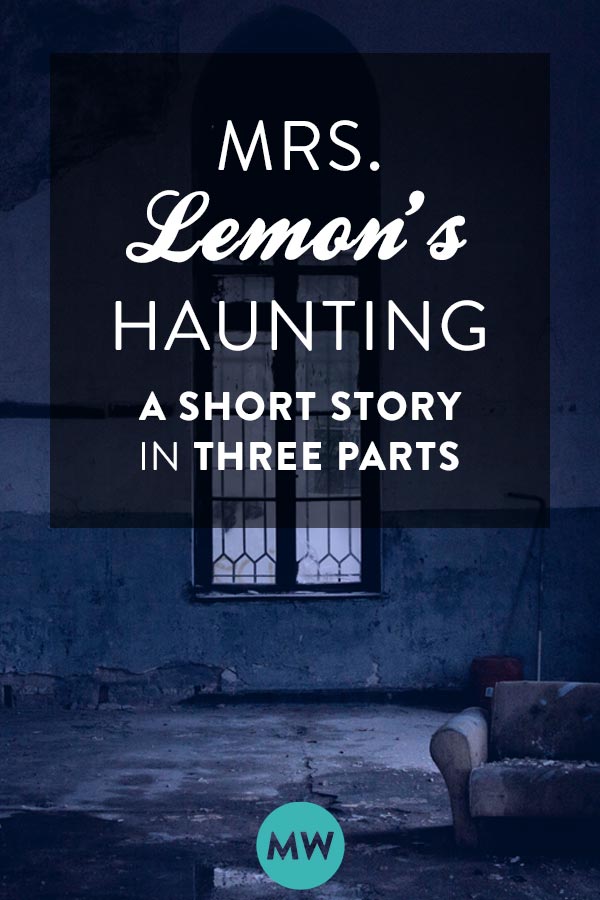 How Long Should My Book Be? A Brief Guide