Sometimes us writers have to give the Procrastination Goddess (I call her Beverly) what she wants. Those are the times to reach for the remote control, pour yourself a frosty beverage or a mug of something hot and rich, and enjoy the show.

In no particular order, and with absolutely no guarantee that you can immediately find these shows readily available on your particular streaming device, here are this procrastinating author’s favorites. 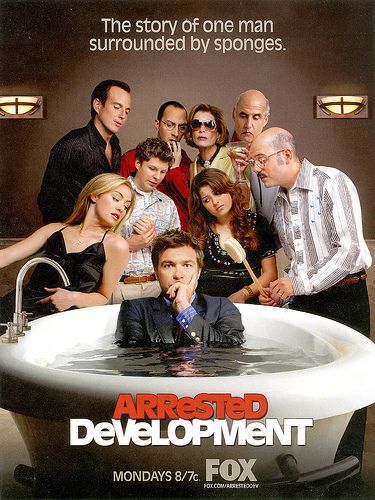 You would be hard pressed to find a show more clever and delicious than this.

From the gin-soaked Lucille (not to be confused with the pointy haired Lucille Two), to the level-headed and oh-so adorable Michael, to George Michael (no relation to the singer), to the air-headed socialite Lindsey, to her dimwitted and accidently foulmouthed husband, Tobias … oh gosh, there are far too many characters to list. And every single one is spot on.

Sure, it got a little weird having eight years between seasons and the humor started to go over my head at times, but this is one freakishly funny and quotable show.

Malcolm in the Middle

Suburban life at its best, this show has Bryan Cranston before he was, well, Bryan Cranston. And you just haven’t lived until you’ve seen his TV wife shave his back at the breakfast table. Hal and Lois are relationship goals.

The boys are hysterical, their adolescent violence acted out on-screen before being politically correct was in. The eldest brother Francis’s adventures while he “adults,” is enough to make you pee your pants a little. This show never gets old.

Tatiana Maslany is a genius and I’d like to have her over dinner except I’m really, really scared of her.

Helena (psycho) and Alison (soccer mom) are my favorite clones. The relationship between Alison and Donnie, especially when they’re digging up their garage to, you know, bury a body, is the best.

The final season pretty much was awful, but what can you do. It’s still the very best drama you can find anywhere. Period. The end.

I’ve heard there are a few people left in the world who either haven’t seen it or who don’t like it, but I refuse to acknowledge their existence. A world with no Office is not a world I want to be in, thank you very much.

The cast of characters are so well-developed and cringe-worthy. They’re like if all your crazy uncles and great aunts showed up for Christmas dinner the same year. And stayed through Flag Day.

Also, Jim and Pam? Better love story than yours. (Gosh, that was harsh. I apologize.)

Just like Orphan Black, you can skip the last season – I give you permission – but in spite of that misstep, this show blew me away. It’s one of the only shows I’ve ever seen where I was desperate to find out what happened next.

Sometimes I got distracted wondering what hair products Evangeline Lily used, but that’s just me. I’m sure you’ll be able to focus on more important things. Things like smoke monsters, and miracles, and hatches, and NOT PENNY’S BOAT, and mysterious number sequences, and plot twists, and Sawyer.

I’m way behind, due to not subscribing to Starz, but since I’ve read all the books quite a few times, I’m still including this in good faith that it is faithful to my favorite book series of all time.

It is violent in the extreme and has way too much adult content for you to be watching if your kiddies might walk in in any moment, but this is the kind of sweeping saga every woman wants in her life while she folds her man’s holey underpants. 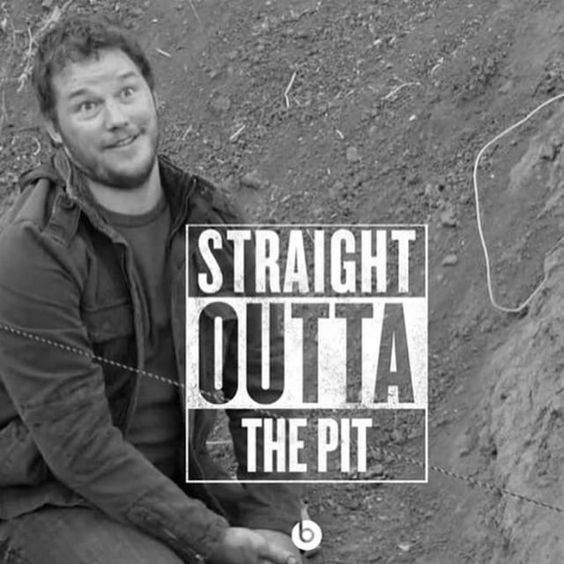 You can skip the first season and go straight to the good stuff if you like, no one will know (shh). The sidekicks to Amy Poehler’s Leslie are the stuff of good television. If nothing else, watch it for Ron Swanson and April, and Chris Pratt before he was anybody famous.

This used to run every night at 11 pm when I was nursing my first born back to sleep. Even then, it was an “old” show, but it’s like a good wine: it gets even better with time.

You don’t have to watch it in order, just watch it. The bumbling but super smart Sean with the tap-dancing Gus … oh my heart. Fighting crime with fake psychic abilities … why didn’t I think of that?

It’s super annoying that this isn’t on Netflix (who do I write my strongly worded email to?).

Clever, witty, and also incredibly tear-jerking (how do they DO that?), this was the smartest show on TV at the time. And also at any time.

Okay, so I used to live in Wyoming and I know for a fact that nothing this interesting EVER happens there, and certainly not on a weekly basis, but if you can get past that, this is a great show.

Just the right amount of drama, violence, comedy (I love me some Ferg), love, and mystery, all rolled up in one hard-nosed cowboy. 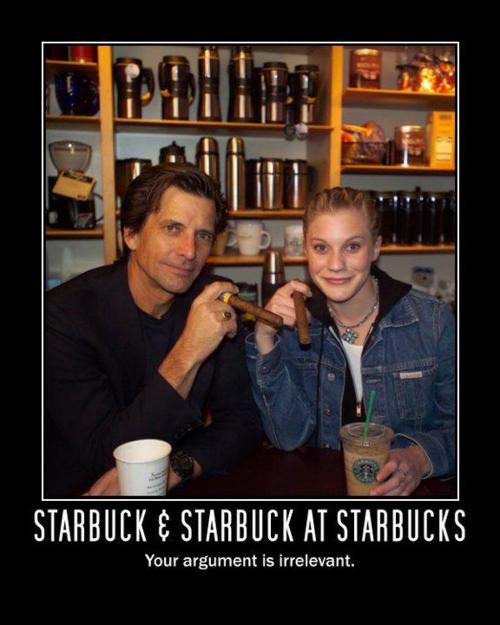 Married to a HUGE sci-fi nerd (he reads this blog and right now he’s shouting across the living room, “I’m not that big of a sci-fi fan!” to me, I betcha anything. Sure, you aren’t honey, Mr. I-can-name-any-episode-of-Star-Trek-within-three-seconds), I usually sit through his favorites with a good book and an occasional “mmhmm.”

But this one got me. So much so that I watched it without him when he went out of town and then had to pretend I hadn’t when he came back. Ahem.

It’s my favorite period in history so I fell into this series expecting to fall in love. At times, it’s slow, but it’s worth the burn. And your man can have all the violent battles, while you have … Jason Mamoa. Win win.

Another sweeping saga (this one I confess I have not read), this Masterpiece show is topnotch. At times, soapy, sure (a bit Downton Abby-esque in the melodramatic arena), I find myself asking quite frequently: WWDD? What Would Demelza Do?

When it comes to high schoolers bonding together over the drama of teenage life, like romances, school, grades, cheerleading, boys, dances, dating, and oh yeah, ridding the world of hellish undead creatures, this one is the only one you need. Don’t mess with a classic. Quippy and clever and snarky and fun. 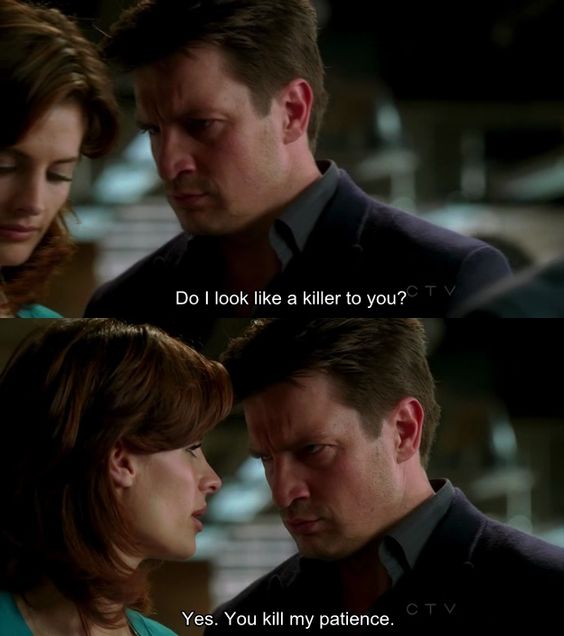 Nathan Fillian and Stana Katic can grace my television screen any day. Extremely lovable and never boring, their witty repartee and bantering romance is perfect. Just like Orphan Black and Lost however, stop watching before the last season. Don’t ruin a good thing.

The most lovable of all lovable snobs, Frasier Crane. And don’t forget his brother, Niles, and his pining love for Daphne, not to mention Dad, who also played Dad in Say Anything.

Evidently, playing Dad was John Mahoney’s thing. He did it well and we salute him.

A Series of Unfortunate Events

The latter was certainly not due to anything the lad had ever done but instead to a fight I had had with my teenage daughter that ended (inexplicably) with shouts of “why can’t you be a parent like Neil Patrick Harris?!”

Personal anecdote aside, this series takes the cake. It’s amusing, intriguing, sharp, edgy, timeless, snarky, crafty … how many adjectives do you need?

If I missed some binge-worthy shows to watch when you should be writing, please let me know in the comments.

Because I totally have a novel to write and I need the distractions.

Please and thank you.